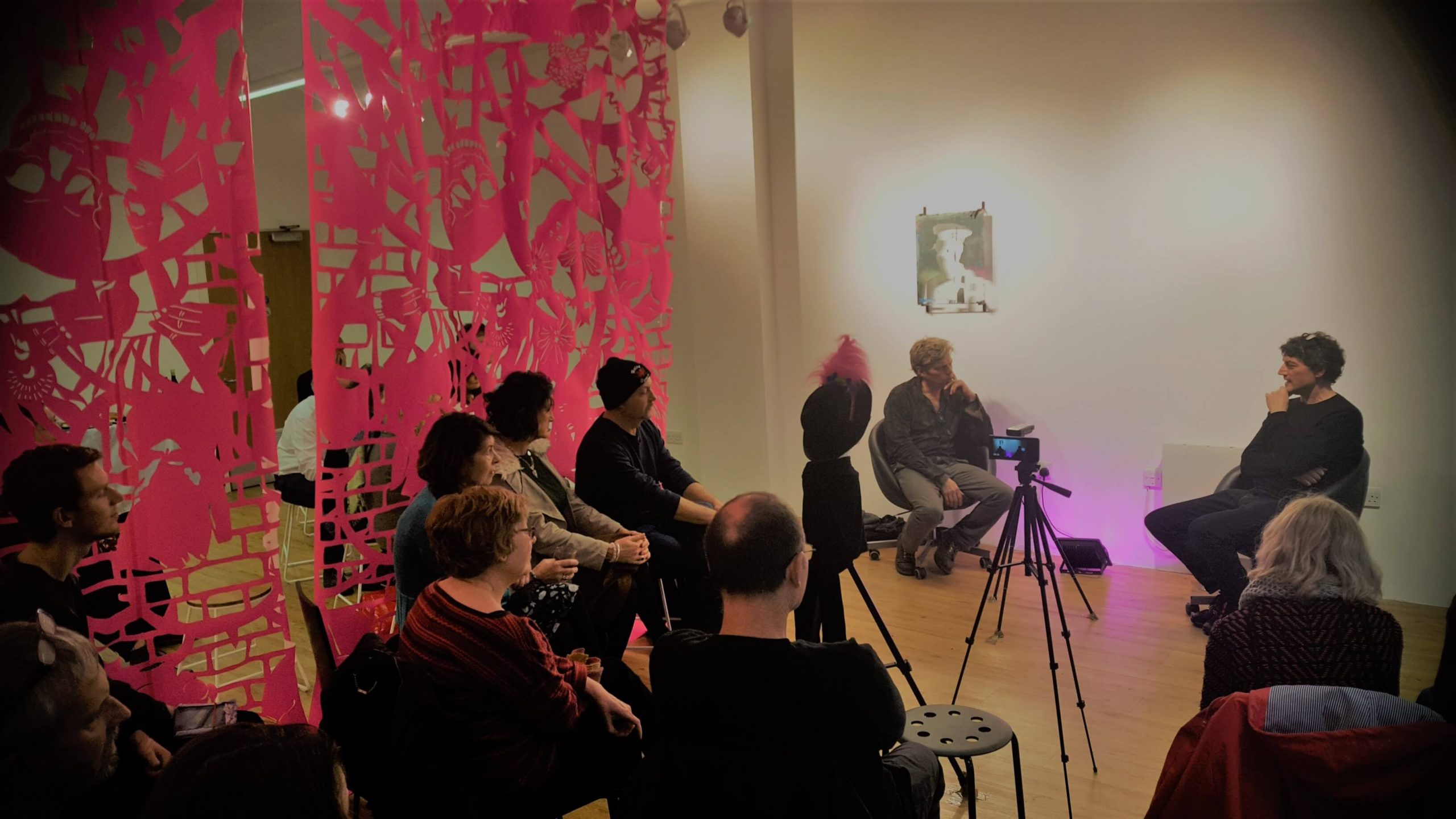 Was devised in July 2018, by Jane Simpson to try and address a few things she had observed as an artist living back home in Swansea. She wanted to link artists. London felt a long way away and the desire to link her home town with the other end of the M4 was strong. She readily admits that in her time in London she had little knowledge of the art world beyond the M25, and now has a strong desire to tackle this and showcase as much of the Wales based talent she has encountered.

Extremely aware that conversation between artists seemed to slightly halt after college, the project intentions were to create a situation in which conversation could happen, possibly with some shyness at first… The artists were asked to exchange studio visits, the chat recorded, and from that a final event or ‘result’ created. Casually described as an artist match making arrangement, the partners were very carefully thought out and have been such a success that we are a bit nervous about the new partner groups (currently being devised in consultation with the original four artists). In some cases a filmed conversation event after the studio visits felt the appropriate thing, Tim Davies and Simon Periton’s easy meandering journey around studio practice, working in the public realm, focused on their solo projects at GS Artists. Fiona Banners and Craig Woods engaging studio conversations took on a life of its own via cake, dogs, sea, Dylan Thomas, and are transcribed in the most accurate way that they could be, with some small omissions at the artists discretion. What is missing is the laughter, but the cheek, good will, humour and amazing insights are not.

GS Artists would like to thank the artists wholeheartedly for their commitment, and faith shown in this project, and we hope you gained as much from it as we did.

Tim Davies and Simon Periton were brought together in a form of artistic matchmaking. GS Artists invited the artists to exchange studio visits as part of this ongoing process and provided recording equipment, for either a podcast or a transcribed conversation (to be edited at their discretion). These inaugural talks were part of a planned series. Parts One and Two appear below. In the Return Match Simon returned to interview Tim, after his “Artist At Work’ residency at the gallery. Before settling down, the audience ventured out to Kings Lane, to look at Simon’s wall painting ‘Seersucker’ (below) that he created. Each event begins with a meal, then we settle for conversation. This event was been very kindly supported by the Arts Council of Wales.