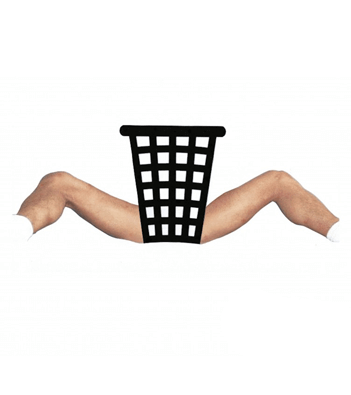 Landy studied at Goldsmiths in London, having been inspired to take up art professionally after having a picture selected for display on the BBC television art program Take Hart. After graduating in 1988, he was part of the YBA generation that created the Freeze exhibition.

Landy’s first solo exhibition was Market (1990), an installation comprising of numerous empty market stalls. Like much of his later work it was intended as a comment on consumerism and society. In 1995 Landy created “Scrapheap Services” a fictitious cleaning company which sought to change society by way of “a minority of people being discarded”. Promotional videos were made for the company and a large number of cut-out men were swept up and destroyed.

On 29 May 2008, Landy was elected a member of the Royal Academy of Arts in London. His Art Bin installation for the South London Gallery, which was described by the artist as ‘a monument to creative failure’. A large transparent skip was installed at the gallery, into which he invited the public to throw art work with which they were dissatisfied….