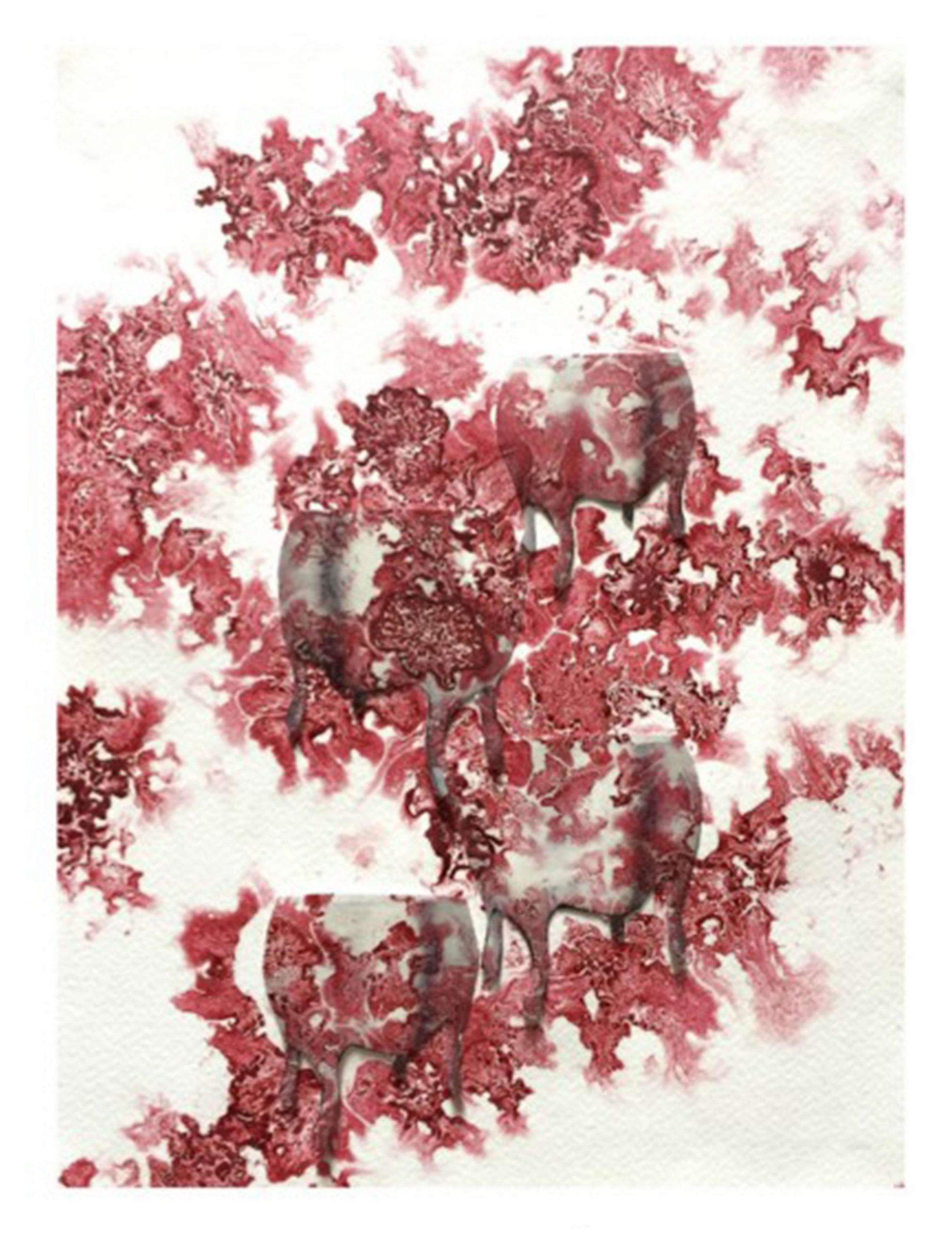 Simpson is creating a unique piece for each box. Hand cut ‘cabinets’ are gathered and arranged on the paper,  which is then hand  marbled. Each piece will be unique and the marbling will vary.  She says of the work. “Sacred” 1994 was a sculpture that was very important to me personally.  A labour of love, hand built and crafted, on a creative journey that took nearly a year.  It lived a short but eventful life, exhibiting at the Serpentine and going on an international tour. It came to a sad end, burning in the Momart Fire of 2004. This piece for the box is about my desire to remake this work, re-animating it and revisiting,  focussing on its animal like qualities.

Jane Simpson – is an artist, curator and publisher.   She was born in 1965. She graduated from the Chelsea School of Art in 1988 and earned an MFA from the Royal Academy of Art in 1993. As an artist, she is probably best known for sculptures made from rubber, ice and refrigeration units, with shows around the world including New York and London.  Her work is held in leading collections and has been featured in seminal exhibitions,  In 1994 she was included in the seminal exhibition “Some Went Mad, Some Ran Away,” curated by Damien Hirst, at the Serpentine Gallery, London. Simpson’s work was also part of the controversial “Sensation” exhibition of 1997. Her work has been exhibited internationally in London, Madrid, Stockholm, Edinburgh, Berlin, Seoul, Caracas, Rio de Janeiro, and New York.